NEW YORK, Jan. 19, 2022 /PRNewswire/ -- Pro Mujer, a social enterprise with more than 31 years working to advance gender equality in Latin America, announces Carmen Correa as its new CEO. Carmen succeeds Maria Cavalcanti, who led the organization since 2016 and will continue supporting and advising on strategic initiatives. 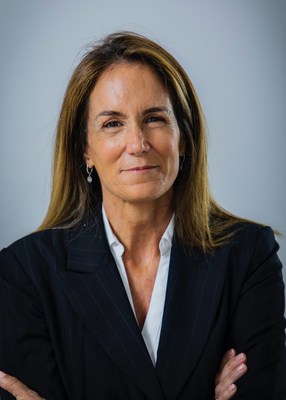 Correa joined Pro Mujer in 2017 as the Director of Alliances. She has served in several different leadership roles, including becoming Vice President and Chief Operating Officer in 2021. In this most recent role, she supervised the operations and implementation of Pro Mujer's social impact programs, which include expanding financial inclusion, providing health and well-being services and offering skill-building opportunities to women across Latin America.

Correa has more than 30 years of experience in operational management, strategic planning and program execution, focusing on sustainable development in Latin America. Before joining Pro Mujer, she led efforts at the National Research and Innovation Agency (ANII) in Uruguay, served as the Program Director at Fundación Avina, was the Director of Operations and, later, the Executive Director of Endeavor Uruguay, and held various positions at the Inter-American Development Bank (IDB) in Washington D.C. and the Organization of American States (OAS) in Uruguay.

In her new role, Correa will lead Pro Mujer and expand the organization's impact to bring it closer to its goal of achieving gender equality in Latin America.

Maria Cavalcanti will continue to be part of Pro Mujer, supporting and advising on strategic initiatives after six successful years as the CEO. During her tenure, María made valuable contributions to the organization, positioning it for growth.

Pro Mujer is a preeminent not-for-profit social enterprise that for over 31 years has empowered women in Latin America through a wide variety of services, enabling them to reach their full potential, provide for their families and play a critical role in the economic development of their communities.

As an industry leader in financial inclusion, workforce reskilling and preventive healthcare, Pro Mujer engages the most vulnerable women, whose access to financial services, education, and healthcare is often the most tenuous.

Pro Mujer's deep knowledge of the population it seeks to serve permits it to design innovative women-centered programs that address their most pressing needs, such as assistance to victims of gender based violence and digital skills training. In addition, Pro Mujer is a thought leader in gender lens investing in Latin America and plays an important role as an aggregator of blended capital, seeking to address the lack of funding for small and medium size women-led businesses in the region.